What To Expect When Traveling To Volunteer In Tanzania

Tanzania ranks high on the list of must-visit African countries, and one of the best ways to experience the East African country is traveling to volunteer in the country. Volunteering abroad is not only a noble thing but it also exposes you to different experiences, cultures, and teaches you some career changing skills. Tanzania is a great option because it’s also a vibrant, colorful and amongst Africa’s friendliest countries.

Tanzania is the largest East African country and offers plenty of adventures for the thrill seeker. The country’s geography is quite varied marked by plains, grassland, rolling hills, and white sandy beaches. It also hosts several parks including the Serengeti National Park and the Selous Game Reserve. The region where you’ll end up volunteering determines your proximity to the different specific geographic region. The country experiences a tropical climate with regional variations based on topography.

The country is generally conservative but the capital, Dodoma, and a majority of other cities have embraced western ways. Large populations of Tanzanians are Muslims and it reflects in through their practices. For instance, it’s advisable to dress casually but a bit reserved keeping your knees and shoulders covered if you are a lady. Also, maintain a conservative behavior while in the country and avoid public displays of affection. You should also go with an open mind and embrace experiencing the differences. 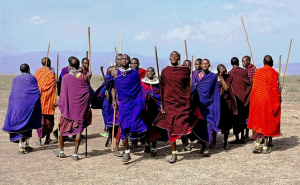 The national languages of Tanzania are Swahili and English, but a majority of the people communicate in the Swahili language. It shouldn’t be a problem communicating with the locals but it does make sense to try and learn a few Swahili words. The greetings are particularly beneficial to learn, and habari yako means “how are you” and mzuri is the response meaning “I am well/fine.” The people are also very receptive to handshakes with a huge accompanying smile, and the youngsters often indulge visitors in special “thumb twist” greetings. 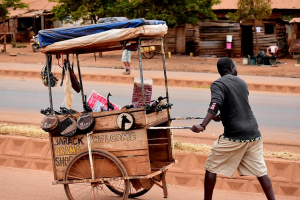 One of the thrills of traveling to another country is sampling their cuisines, and the food in Tanzania might seem a bit foreign depending on your country of origin. The typical meals in Tanzania include wali (rice), nyama choma (grilled meat), samaki (fish), ndizi (plantains), pilau, chapati assorted vegetables, and the staple with most meals ugali (maize meal). It’s almost a given that the locals offer guests food, and a sign of courtesy you should try out the meals you are offered otherwise it’s considered rude.

Things To Do In Tanzania

One of the major benefits that come with volunteering in Tanzania is the opportunity it presents to explore. You could go on weekend or day trip excursions to exciting places around the country. Some of the top things to do in Tanzania include going to the Serengeti or Selous Game Reserve, climbing Mount Kilimanjaro, visiting the Ngorongoro Crater, relaxing at the beaches of Zanzibar, take a trip to the Mafia Island to scuba dive, pay a visit to Stone Town, and learn more about the Maasai on a culture tour.